Arianna Morales is a metalsmith living and working in Austin, Texas. Her unmistakable work is inspired by her deep connection with nature. At Nicole-Rhea, we carry a selection of her fine copper home decor and the first piece in an original artwork series entitled "Tree On A Tree." 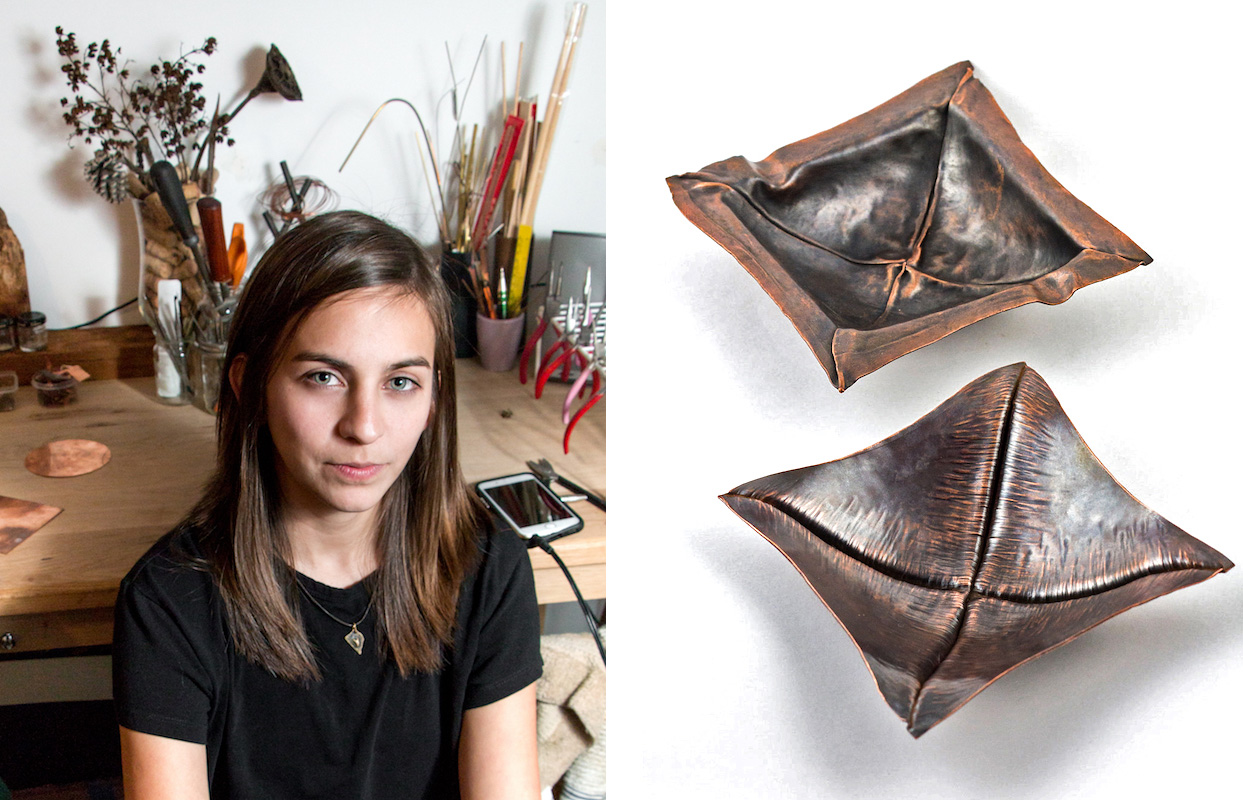 “What I like about metal is that metal doesn’t want you to be fully in control of it,” Morales says a couple minutes into our phone discussion.

I’ve called toask her a few questions for our launch article and right away I’m captivated by her wise and familiar way of talking about her art.

“The material is going to dictate a little bit what it’s going to be in the end.”

Like many artists and artisans, Morales discovered her preferred medium after a long road of experimentation. Growing up between Venezuela and Ecuador her love of creating things led her to pursue engineering—though it quickly became evident the vocation did not offer enough opportunities for hands-on creation. She then redirected her studies to fine art, moving to Texas in 2011, where she narrowed her medium first to sculpting, then to metalsmithing.

“[Metalsmithing] hit a trigger that nothing else had before,” she says, adding that she loved right away the physicality of manipulating metal.

Morales works with a variety of metals, but her material of choice these days is copper.

“The malleability is something that I just cannot give up. The type of process I like includes a lot of moving the metal around and, you know, you don’t want it to be a mission impossible type thing,” she says. She also notes that copper is incredibly versatile and reacts beautifully to different patinas.

Morales’s pieces are reminiscent of a walk in the woods, so it’s no surprise that her work is inspired by nature.

“It starts with me just being amazed by the beauty of nature,” she says and goes on to explain how nature’s randomness informs her process. Her mark making, for example, is an interpretation of every natural thing’s unique lines and patterns that make up a recognizable whole.

“Most of the time I’m not trying to replicate nature, because I believe that defeats the purpose,” she says.

Instead, Morales works as a natural force, calling on her familiarity with the metal to achieve a certain fluidity and relying, as nature does, on randomness to create with her tools the intricate marks that make her pieces instantly recognizable. 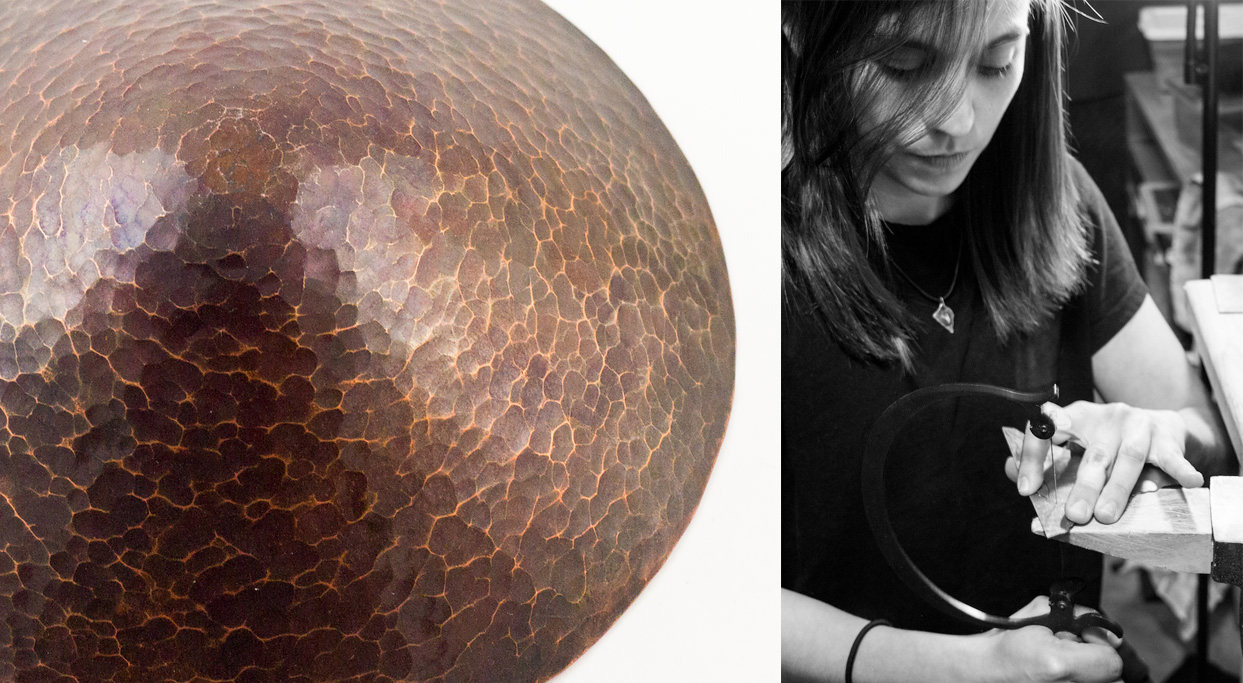 After graduating from The University of North Texas, Morales settled in Austin, home to creatives of all types. She enjoys being among other artists who are working with their hands and living in a place where everyone is trying to do their own thing. 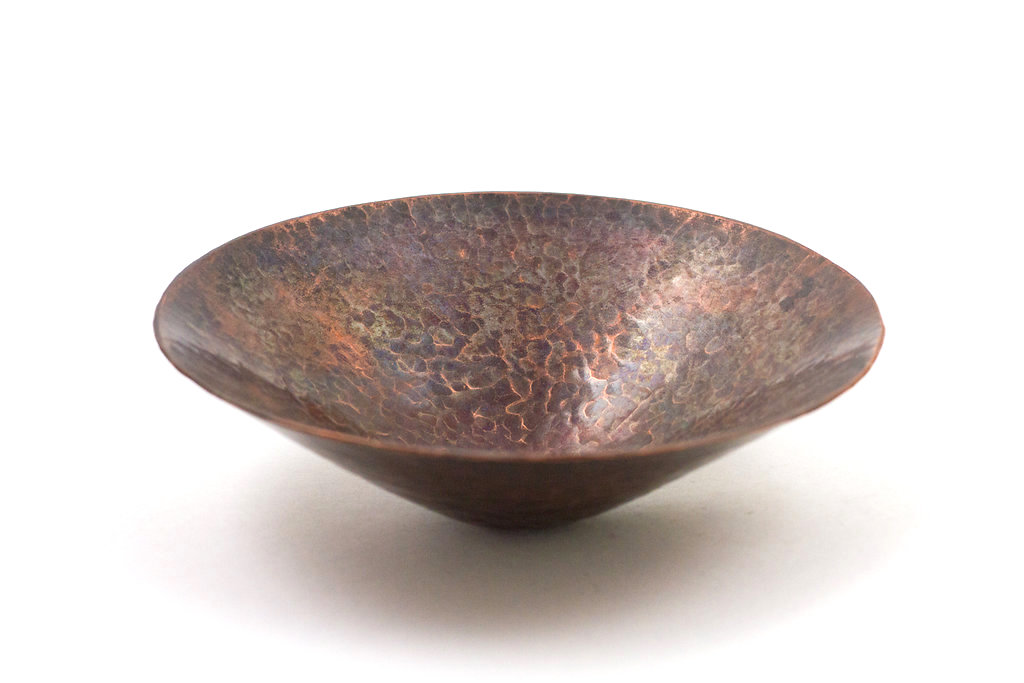 Our conversation is coming to an end, but I still have one big question, the one I’d ultimately like to ask every artist/artisan I work with: what’s it like to have your work displayed in someone’s home?

She tells me: “That’s the goal when I first make something, that someone will be able to look at it the way I can I look at it and want it in their home. It’s a part of someone’s life and other people are going to see it. That’s very satisfying.